Encrypting your link and protect the link from viruses, malware, thief, etc! Made your link safe to visit. 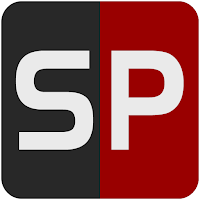 + now includes a compatible edit file.
+ hide unfinished European teams
+ restore madura united (we united)
* if you have exported any in-game edits you made before the dlc, you can import over this edit file (see import edits tutorial)

1. copy and replace (DpFileList.bin) and (08_smkdb_ctr.cpk) in the download folder of the game where smokepatch20 cpk files are installed
(Steam\steamapps\common\eFootball PES 2020\download)

Teams and Leagues:
same as every year, we started to change the teams in the game, first step was to remove the duplicated Chinese teams from the game, then start adding teams and national teams, we will keep adding more in every update until all teams slot are used, this year we have a lot of available slots so many teams will be added, when we reach near the number limit with teams still needs to be added then we will make polls to let the users help us decide on that.
there are still fake teams in the game, cannot be removed until we add more teams so the game will not be short of teams and causes bugs, will be removed when sufficient teams are added.

- Removed 4 duplicated Chinese teams from AFC
the AFC is in a separated database level, so there are four Chinese teams exists in the AFC database and in the CSL as well, that will result in duplicated teams and players in master league and other modes, these teams are removed and replaced with other Asian teams.
there is only one more duplicated team in AFC, will be removed when we add the japan league soon.

- Editable teams
as in previous versions, we keep two fully editable teams for user edits (we united and pes united), you can edit them to any teams you want, see the import edits tutorial for how to keep the edits when SP have a new update.

Players
smokepatch20 have licenced and corrected all players names, many youth players added to the database and assigned to their respective teams, stats are according to the newest konami database, all the players added to the database uses original correct ID unless never existed in previous games.
there are still many fake players in the fake clubs, will be removed when we remove the fake teams and add real ones.

Faces and Mini-faces
the facepack is bundled in the patch, total size of 4.7 gb worth of faces, more than 1000 real faces added to the game for more enjoyable gaming.
our minifaces we use in smokepatch versions is huge (game-plan picture), the pack covers around 12.000 real player minifaces all with high quality.

Kits
all the teams in smokepatch have real kits, most of the kits are also updated to their latest designs, all the kits are in high quality created specially for SP20
as usual, we constantly review and update the kits in every update for the patch.

Stadiums
this year we only use the game stadiums in the patch, we might be opting for more stadiums via server like we did in sp19, stadium ad-boards are not included in the patch, but are available as optional addon.

Boots, Gloves and Balls
SP20 comes with the maximum of 100 real boots, 30 real gloves, and new balls for the new season of most of the leagues and competitions, we have kept a couple of nice balls made by konami this year, balls are assigned to their respective teams in the edit file accompanied with smokepatch.